Since building the home in 2009, small amounts of water would show up in the finished section of the basement. Mold was starting to grow on the walls and furniture. Moisture was a major issue to the customer as well. She wanted to get rid of the musty smell and to have a healthy, dry and usable space in her West Warwick basement. 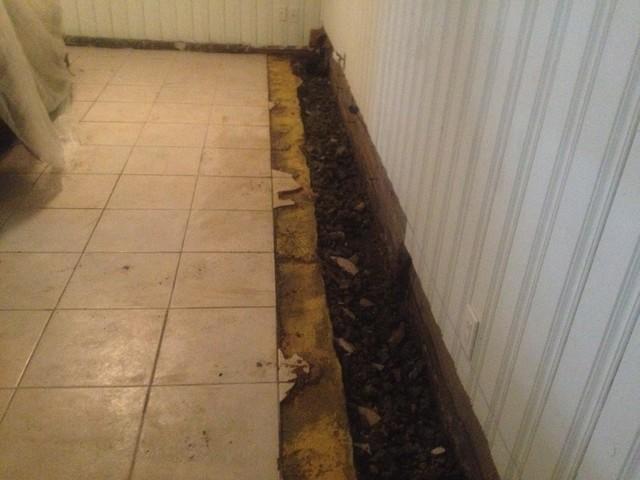 The crew first cut the lower section of the wall and first row of tile. Then they used a jackhammer to remove the concrete and installed new, clean crushed stone. 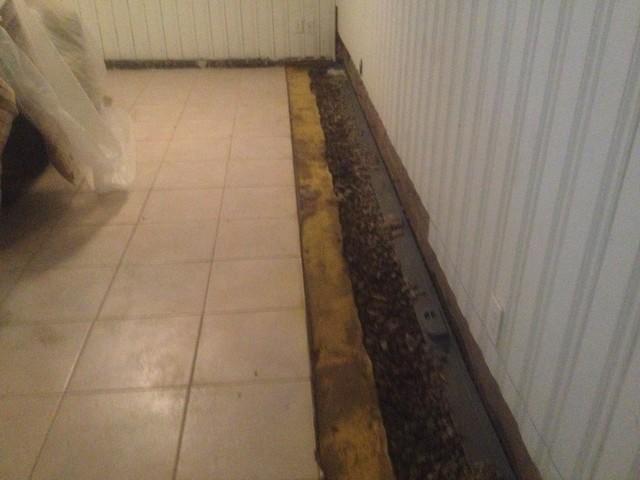 Next, the crew installed the WaterGuard drainage system along the entire perimeter of this West Warwick basement. 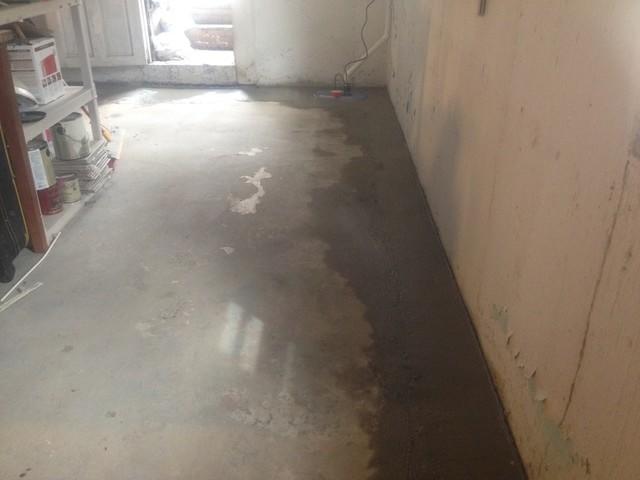 The crew tied the WaterGuard perimeter drainage system into a SuperSump pump system that will pump the water out of the basement.