This home in East Greenwich, RI was seeing seepage every time it rained and after two years, the owners needed a solution! For this basement, our team did WaterGuard drainage around the perimeter which connected to two TripleSafe sump pumps because the basement is so large. The TripleSafe sumps are equipped to handle large amounts of water and include a battery powered backup pump that would engage if the home lost power and the sump was collecting water. 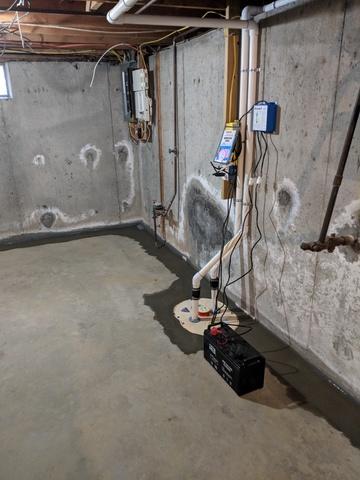 The TripleSafe sump pump system includes three pumps, a secondary to support the primary and then a battery powered backup that would kick on if there was a power outage. 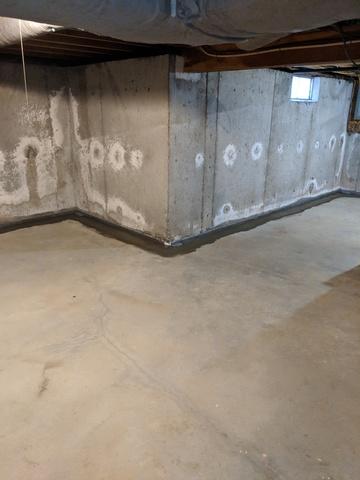 Our WaterGuard goes around the perimeter of the basement and would collect any moisture that seeps in off the walls or from where the floor meets the wall. The white efflorescence staining shows that moisture has been an issue over time and has seeped in from the walls. 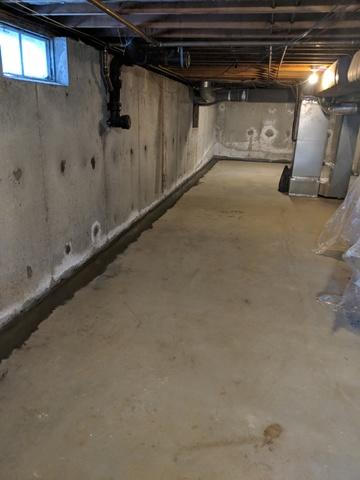 With the large square footage of this basement, sometimes more and stronger pump systems are needed to reliably keep the space dry!

Before & After Photos: East Greenwich, RI Home Improvement
Back to Previous Page