Walter searched for a reputable company online to help him with his basement problems. His home in Narragansett, RI would take on water after a heavy rain storm. After looking at DryZone's review, he called us for a free estimate. We installed a SuperSump with WaterGuard to take care of his immediate issue. 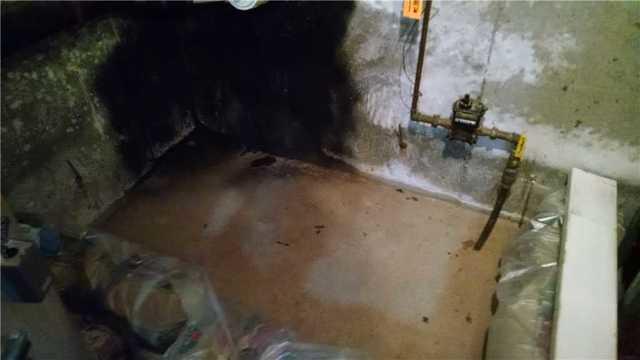 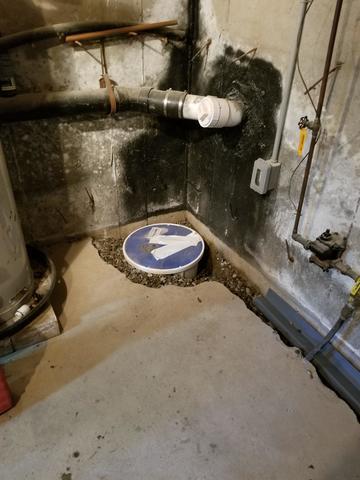 The sump liner is placed in the low spot after the hole has been jack-hammered. 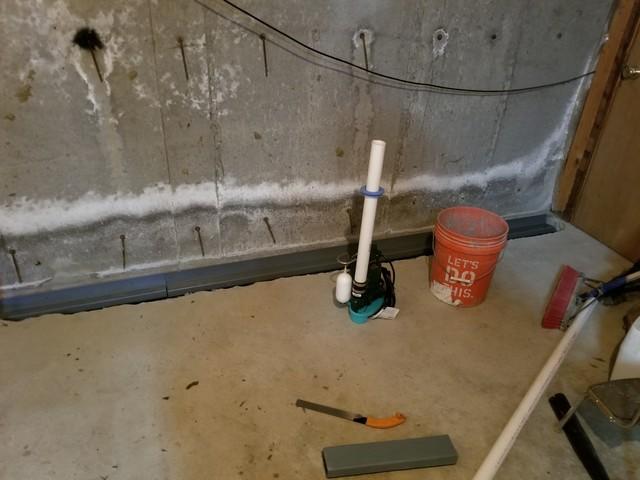 The WaterGuard is laid along the perimeter of the basement. There is a flange that catches water from the wall. 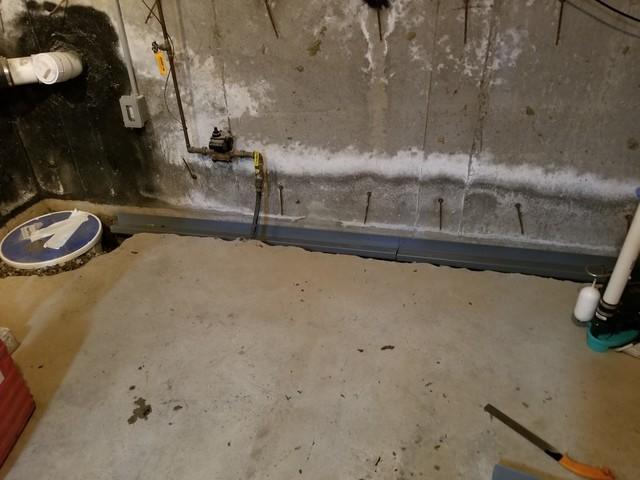 The WaterGuard connects to the sump which pumps the water up and out! 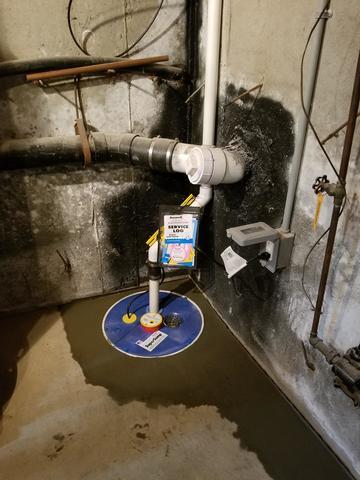 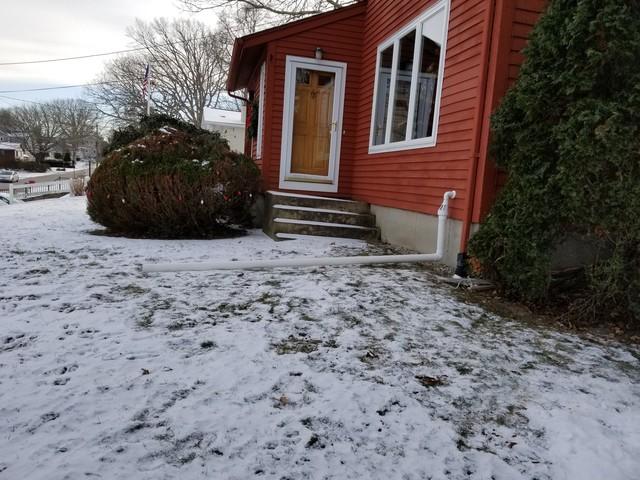 The interior discharge pipe is connected through the foundation to the IceGuard which prevents the water from freezing and backing up back into the basement. The ground was frozen in this photo so we have to go back in the spring to bury the discharge so it will not be seen.

- By Walter B., Narragansett, RI
« prev   next »
Back to Previous Page