This crawlspace in East Dennis, MA would, at times, get about one foot of standing water when it would rain! After dealing with this time and time again, the homeowner finally decided to take action and wanted to get the crawl fully encapsulated to stop water from leaking in and keep the area dry and healthy. When we encapsulate a crawlspace, we usually use our TerraBlock ground insulation along with CleanSpace over that to add a barrier to keep the moisture locked out. In spaces that get water accumulation, a sump pump is added, or in large cases two! This space was two attached areas so we had two SmartSumps, which are made specifically for crawlspaces, added to collect any water and pump it out to keep it dry. 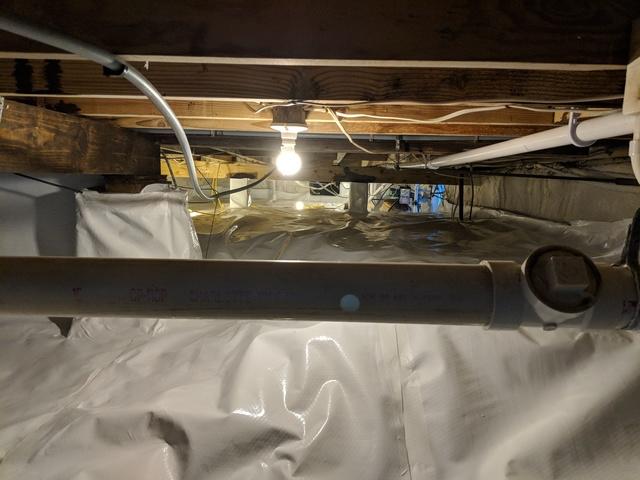 Here is a nice view of the crawl encapsulated with the CleanSpace vapor barrier. 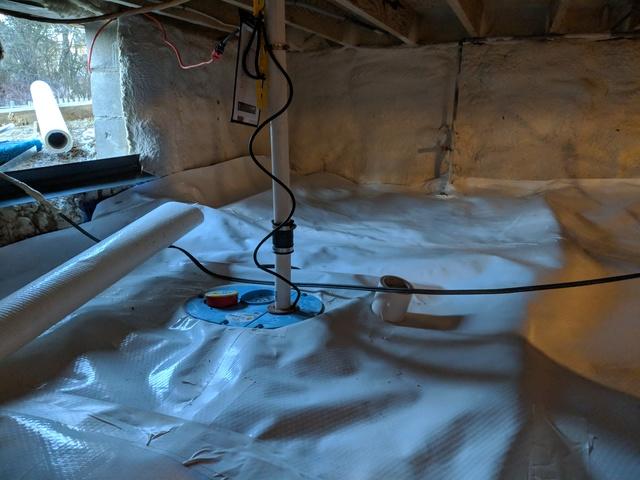 The first SmartSump is installed and piped to get rid of the water that makes its way in. 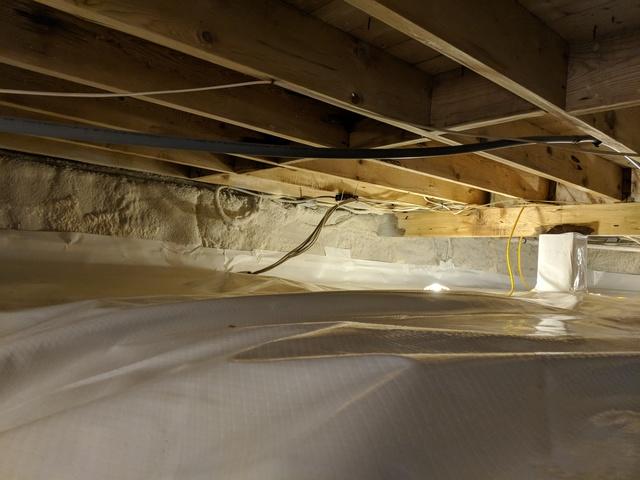 Another view of the crawlspace with the TerraBlock insulation and then Cleaspace vapor barrier smoothed over it. 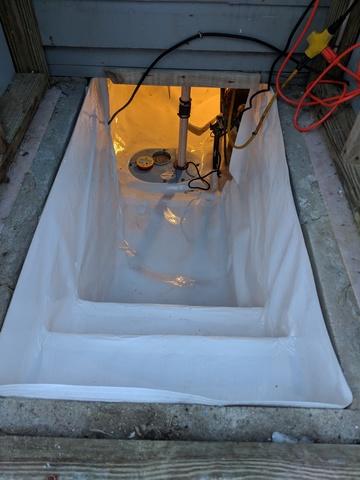 SmartSump #2 is added by the bulkhead door so it will catch any water that could leak in before it gets to other parts of the crawl.